In June of 2017, Jenny Mustazza, a single mother of two, had to deal with a terrible tragedy – the home where she and her children lived burned down. Imagine all the emotions she was facing as she had to pick up the pieces and rebuild her home from the foundation up. Where did she start? How did the project progress? How does she feel about her new home? 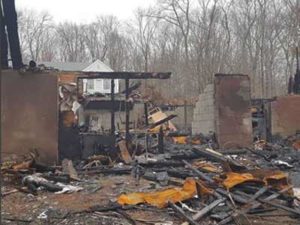 It all began when Jenny interviewed 8 builders for the project. She was introduced to the Prominent Builders team by a friend in her community. Almost immediately, she knew Prominent Builders was the right contractor for her. According to Jenny, “I felt comfortable with them from the moment I met them. They were straightforward. I let them know I had a budget and I could tell they knew what they were doing.”

As the project progressed, Jenny was very pleased with her decision to work with Prominent Builders. They communicated every step of the way and simplified the entire process. When it came to options in the home, they only introduced Jenny to materials that were in her budget. Knowing she had two children, they also assisted her in building a home that would grow with her family. “They made it personal. We were able to get to know each other and I felt they really cared about my family,” stated Jenny. 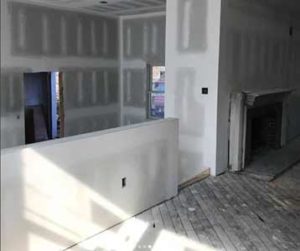 The most amazing part of the whole process was that Prominent Builders was able to construct their 3,100 sq.ft. home, from start to finish, in 11 weeks! They actually finished one week ahead of schedule. That is completely unheard of in the industry. The construction team had all the permits and inspections lined up from the beginning of the project. At any given time, 10 people were on the construction site. Jenny added, “They did whatever they could to make sure I was able to get into my home as quickly as possible.” That was very important because the middle of winter was fast approaching.

When asked about the quality of the work completed by Prominent Builders, Jenny replied, “It’s amazing. The work was done so well, and if there is a problem, they come out right away and help me with it.”

To Jenny, the highlights of the experience were:

Jenny’s parting comment, “It is so fulfilling to be able to have a home built so well and so fast.” 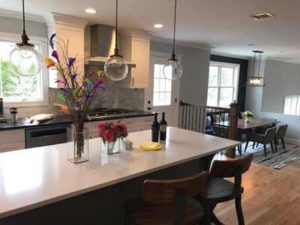 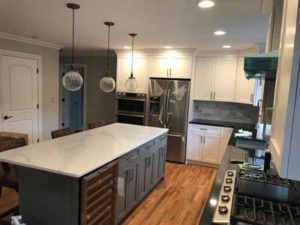 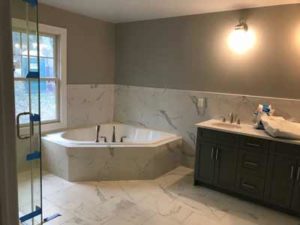 Contact Prominent Builders today to see how they can help take the stress out of your project.